Using multiple cameras for your live broadcast has its advantages. You can cover more territory and enhance the content with varied angles and interesting shots—all of which have the potential to make your live stream more appealing to viewers. In case you missed it, the key word there is potential. Multi-camera production is usually considered a step up from the single-camera broadcast, but it can also be a step down if you rush in without thinking it through.

Let’s take a look at some multi-camera shooting techniques that can enhance your live stream. Some might take time to master, but the end result will be well worth the effort.

Knowing where to put your cameras is one of the biggest challenges for most production teams moving from a single-camera to a multi-camera setup. Here’s why: In a basketball game, for example, Team A is going right to left; Team B is going left to right. If you place two cameras on opposite sides of the court, the teams will be running in the opposite direction every time you switch cameras—and your viewers will be left dazed and confused.

All of your shots need to make sense as a whole. The 180-degree rule ensures that all of your cameras are filming from a singular direction. Think of an imaginary line across the center of the court. You can place your cameras anywhere behind that line on one side, choosing a variety of angles to mix up the shots—but not on the other side. That way, all of your cameras are strategically placed to ensure that directionals remain consistent.

2. Nail down the logistics of your central camera location.

With a single camera setup, things are fairly simple—you have your computer or encoder right next to the camera, 10 feet of cable, and everything plugged directly in. With multi-camera production, you’ll have to do things a bit differently. First, determine where your broadcast will originate from. Will it be where the primary camera is, or will you be able to choose a dedicated space at the venue for the computer and the producer?

Once that decision is made, you’ll need to figure out how to get your camera feeds—some of which originate from cameras located 100, 200, or even 300 feet away from the central camera—to that location. Wireless technology is still somewhat challenging to use and expensive (though it’s getting cheaper!), so the most cost-effective way right now is still cabling. Get the right cabling and converters, and, if you’re using a venue often, figure out a way to embed the cabling so you don’t have to pull cable each time.

Multi-camera shooting techniques are complex enough that you need to make open communication among your team a priority. Each of your camera angles should be different enough that shot changes are clearly new and purposeful to anyone viewing the live feed (two shots that are too close in perspective—both following the ball from a slightly different angle, for example—might actually unsettle viewers).

There are two ways for a producer to manage multiple camera shots:

4. Have a clear vision for your multi-camera production.

Graduating to a multi-camera setup for your live stream events is a natural step in a lot of cases, but it’s only beneficial if you have a clear idea of how you’re going to use all of those cameras. What are you hoping to achieve? Do you want to bring in specific shots that you aren’t currently able to get? Once you get started, you’ll likely feel compelled to splice in multiple camera angles when the action of the scene may not really require them. As a result, you could end up with a disjointed broadcast. (A well-placed single camera is better than a poorly orchestrated multi-camera production every time!)

So before you make the leap, talk it through with your production team or your platform provider. Come up with some loose guidelines as to when and how often to switch—sometimes it’s best to stick with a certain angle for five or even ten minutes. A producer’s vision is key to pulling off most of these multi-camera shooting techniques successfully. 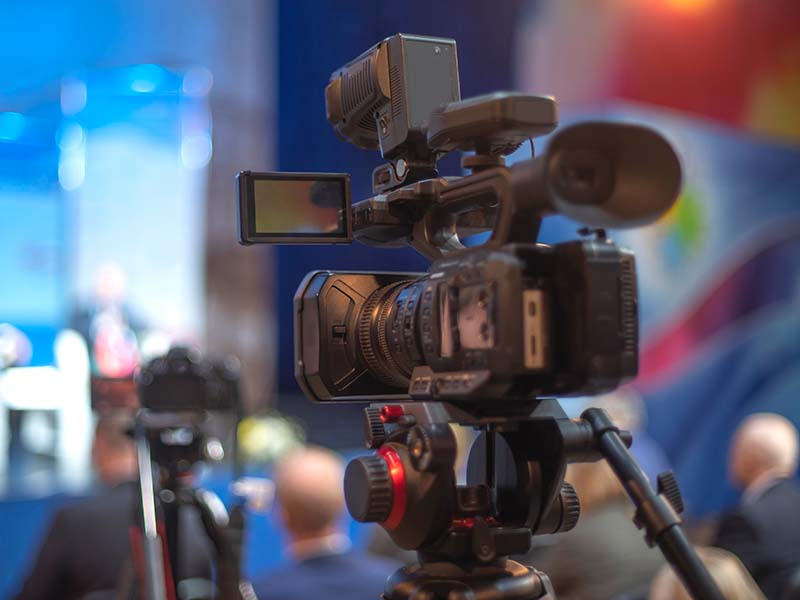 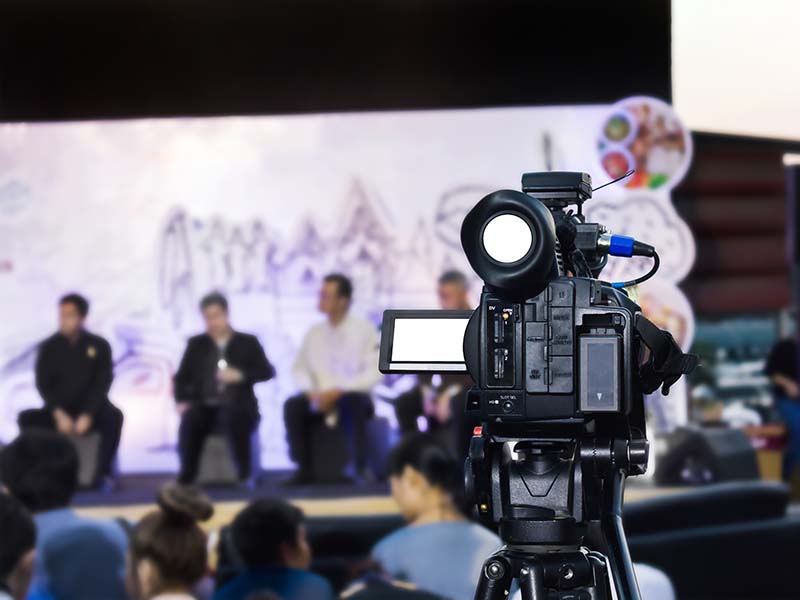 The original version of this blog was first published in www.prestosports.com