London Fashion Week is a highlight of the international fashion calendar and Links Broadcast are pleased to have been involved in LFW2020 with the production and distribution of one of the most spectacular shows of the week on behalf of Tommy Hilfiger. Working once again for Tommy’s appointed production company, B-Live, we provided a 10 camera portable production and satellite uplink distributed via streaming services live to a variety of different platforms.

The Tate Modern is one of London’s iconic venues which created a fantastic backdrop and lent itself brilliantly to the show, which accentuated the evocation of nature through senses and sustainability. Again, the choice and placement of the cameras within the venue was key to the successful production of the show. The cameras used to capture the show included, Sony HDC1500s, PDW 700s & P1 cameras. In addition, we provided a standalone camera for interviews with social media influencers before and after the show. Each of the cameras were individually recorded onto Blackmagic Hyperdecks for later post-production.

The carefully choreographed show went off without a hitch and was captured beautifully from all angles and transmitted live via satellite to a waiting world of fashion devotees and commentators. 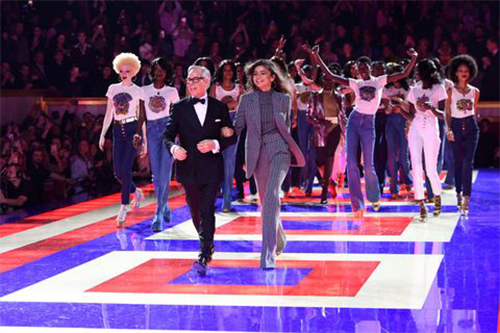